Research in the National Interest 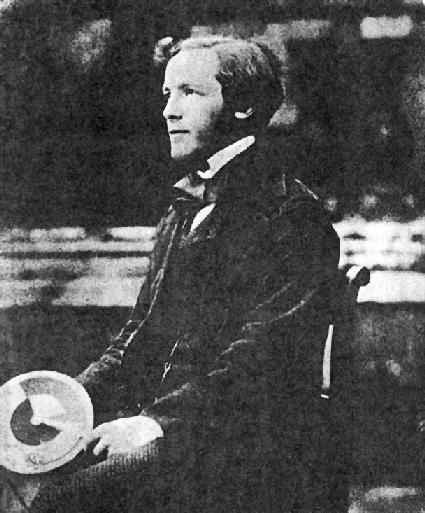 The House Committee on Science, Space, and Technology approved legislation today that would require the National Science Foundation to explain, for every research grant it awards, how that grant is “in the national interest.” This is a new chapter in a long-running serial.

Things that are “in the national interest,” according to H.R. 3293, have “the potential to increase economic competitiveness, advance health and welfare, develop a competitive STEM workforce, increase public scientific literacy, increase partnerships between academia and industry, support national defense or promote scientific progress.” A lot of research could be said to contribute to these goals. Notably absent from the list are anything to do with the environment, climate, conservation, or natural resources. Even more notably absent is the pursuit of knowledge for its own sake.

As a practicing scientist, I’ve obviously already bought into the whole value-of-learning-and-exploration thing. But even if you’re more into economic competetiveness, partnerships with industry, and national defense, you had better respect the importance of fundamental research. This was explained better than I could ever do it by Carl Sagan, in his 1996 book “The Demon-Haunted World.” He asks the reader to imagine that they are, “by the Grace of God, Victoria, Queen of the United Kingdom of Great Britain and Ireland, and Defender of the Faith in the most prosperous and triumphant age of the British Empire.”

Suppose in the year 1860 you have a visionary idea, so daring it would have been rejected by Jules Verne’s publisher. You want a machine that will carry your voice, as well as moving pictures of the glory of the Empire, into every home in the kingdom. What’s more, the sounds and pictures must come not through conduits or wires, but somehow out of the air, so people at work and in the field can receive instantaneous inspirational offerings designed to insure loyalty and the work ethic. The Word of God could also be conveyed by the same contrivance. Other socially desirable applications would doubtless be found.

In this thought experiment, you (as Queen Vic) have imagined television–an invention in the national interest if there ever was one. You go on to spend vast sums of money on an applied research project to make this fantastic invention real. But, Sagan argues, this venture would be a guaranteed failure. Why? “In the real world, the physics necessary to invent radio and television would come from a direction that no one could have predicted.”

Those physics—namely, the laws of electromagnetic fields and waves—were discovered by a Scottish evangelical Christian named James Clerk Maxwell. He was not motivated my practical goals. Electricity and magnetism were abstract, theoretical concepts at the time, and the vector calculus he used to relate them was (and still is) Greek to most people. If he was alive today and funded by the NSF, the House Science Committee would want to know why he was wasting taxpayer dollars, writing incomprehensible gibberish about how magnets work.

And yet, Maxwell’s equations proved to be one of the most important scientific discoveries ever. They were pure, blue-sky research in 1861, but since then, they have led to the radio, television, radar, satellite communications, the iPhone, and nuclear weapons.

Even if you don’t care about learning for its own sake…you never know what might turn out to be nationally interesting.